OK so for once some pictures I didn't take. Every year near my parents' house, Grey Seals, Halichoerus grypus, come ashore to pup. This year my dad took a few shots with his new camera and since I don't have any of these I thought I'd share his images with you: 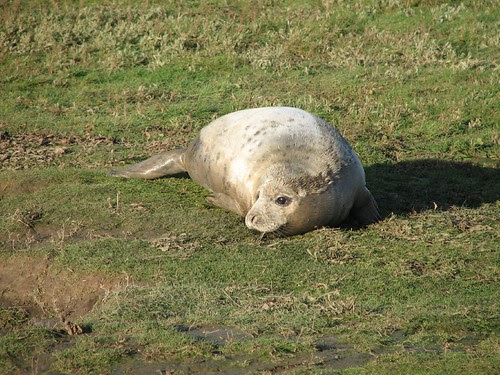 Grey seals, like this watchful mother, are among the rarest seals in the world: the UK population represents about 40% of the world population and 95% of the EU population. That's official, the government says so here. The grey seal is also the heaviest mammal to breed in the UK and we're lucky to still have them. When I was quite young we lost huge numbers to a distemper virus but they seem to have recovered. Even now every year pup's are rescued after being orphaned or abandoned and released. Although the population is steady at this time, seals eat fish so the health of the seals depends on any number of factors affecting our fish. The young ones start off properly fluffy and white but soon end up patchy and muddy like this mucky pup so its tricky to time your visit to maximise the ah factor. 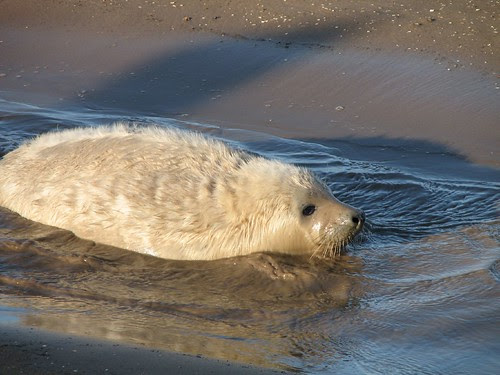 One word of warning, pinnipeds of any species look cute but pack serious teeth so don't get too close.
Posted by tai haku at 2:01 AM

Email ThisBlogThis!Share to TwitterShare to FacebookShare to Pinterest
Labels: Water