These Bigfin Reef Squid (I think) (Sepioteuthis lessoniana) provided a lot of entertainment for me on a week of night dives in Egypt. The first night I came across a group of 4 which I believe were 2 pairs mating. They were showing these flashing irridescent patterns. 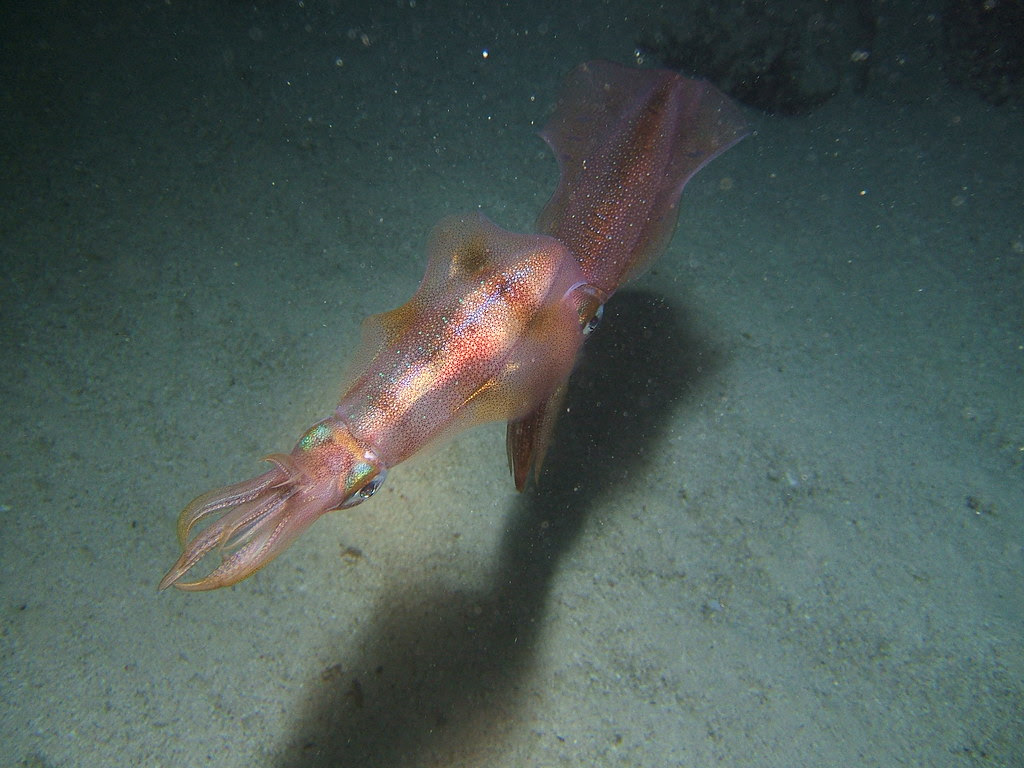 I believe I distracted this chap - (s)he started displaying to me! The stripes you can see were scrolling up his/her body to create a rippling effect which was quite fantastic to see. 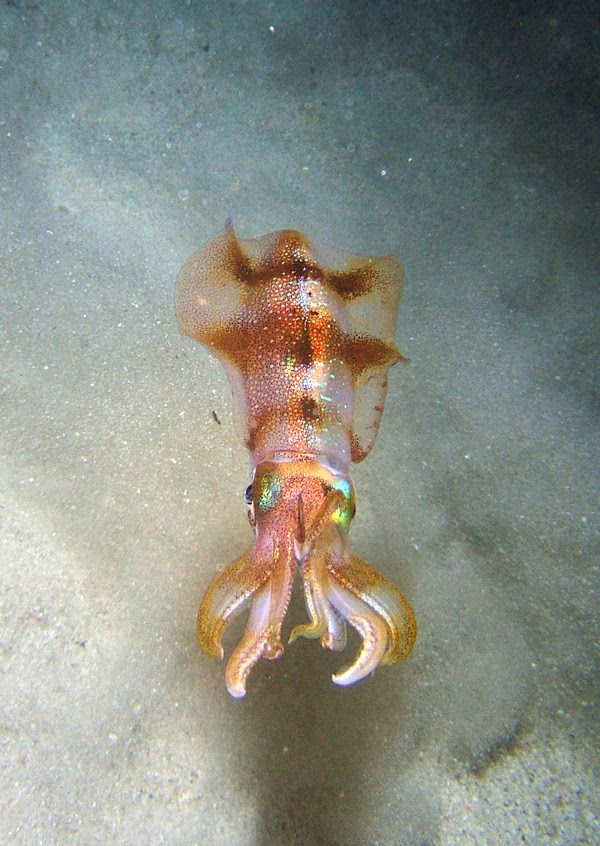 Later, on another dive, I came across a more unusual behaviour. One squid appeared to be attacking another and looked to be biting the other . The "weaker" looking specimen turned a very queasy looking colour. This appeared quite different from the mating behaviour we saw earlier although I don't know enough about squid to know what they were doing so it may have been another aspect of mating behaviour (though i would guess not). The "aggressor" departed suddenly and left this little fellow l0oking quite miserable and a little battered and bedraggled sat on the bottom. 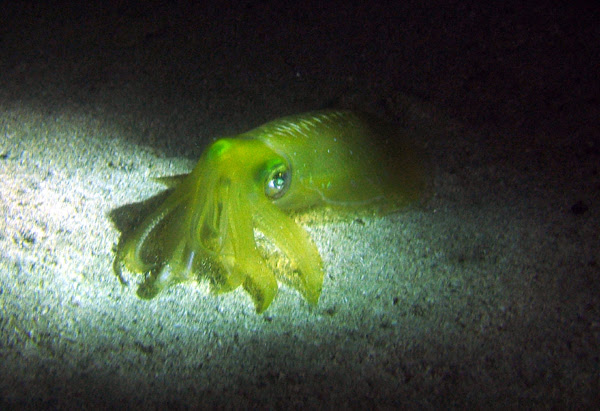 Cephalopods sometimes seem as interested in divers as we are in them. Perhaps he associated our lights with safety I don't know but it followed us for the rest of the dive (25 minutes). If we stopped finning it'd move in closer otherwise it would remain just behind us throughout.
Posted by tai haku at 9:41 PM

Email ThisBlogThis!Share to TwitterShare to FacebookShare to Pinterest
Labels: Water

Thank you t. beth. I'm surprised by the lack of blogging underwater photographers myself. These particular shots will show "truer" colours than some of the others as at night the blue tinge caused by natural light filtered through water is removed.

These are fascinating and extraordinary in their colours and irridescence.