According to an episode of "Cheers" I once saw and also this Wikipedia entry a snipe hunt in some parts of the world involves a quest for a non-existent magical creature and a healthy dose of tomfoolery. Here in Europe Snipe (Gallinago gallinago) are waders that along with the Woodcock are two of the more rarely hunted gamebirds but an invite to a snipe hunt could nonetheless be a real invitation over here. Now personally I only hunt animals with a camera and I'm rarely successful when it comes to Snipe.

Snipe, and indeed several other waders, are those birds that non-birders and those taking up wildlife-watching often believe are rare. In actual fact there are probably more about than people think. They just don't see them very often because a) unlike birds we think of as common Snipe and their ilk don't hang about in areas with lots of people like parks and gardens very often and b) they are stealthy camouflaged little devils. By way of example this is the best Snipe shot I have so far. 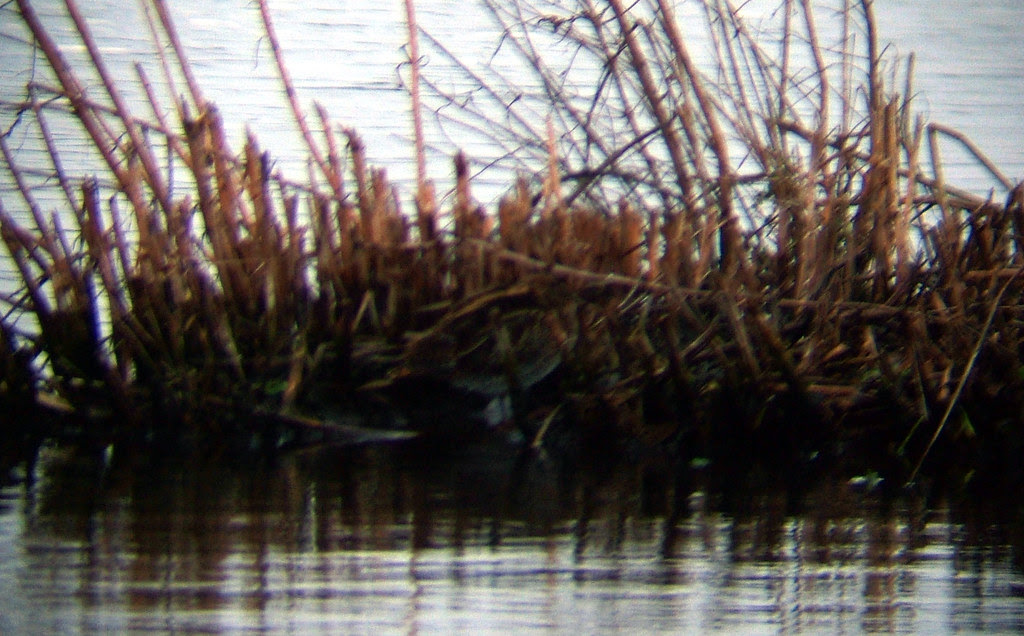 Now I appreciate its pretty poor (it was dark and the bird was a long way away) but nevertheless I think you'll agree my poor quality imagery is only part of the reason for the bird being so difficult to see. ITs pretty well camouflaged. Anyway if you are having trouble spotting it scroll down and you'll see a version with the bird circled in red. 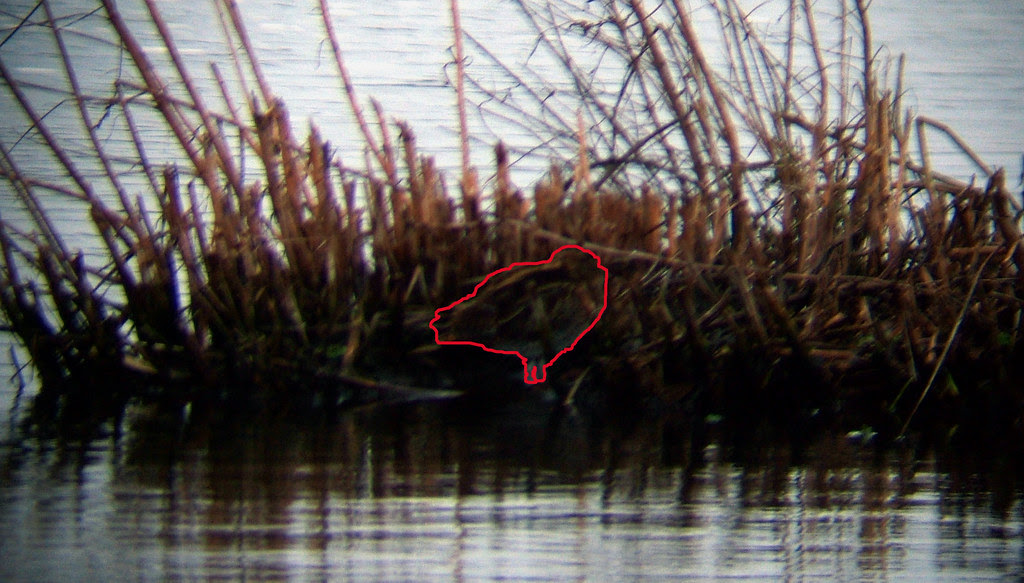 I am a birder who occasionally shoots in the west of Ireland, where the main prey is snipe. I have had days where 100 snipe have come off a bog of 2 acres and the guns might get 4/5. They fly very quickly and attain a height out of range in a very short time. I have also taken a few photos of them as well.

I have seen the North American version take rapid flight along a shoreline while canoeing, but am far more likely to hear their eerie winnowing in the spring.

I never quite understood that whole "snipe hunt" thing. I grew up knowing there was such a bird. Go figure.

Hi Peregrine - interesting to hear that - I know Woodcock are famously difficult so it makes sense Snipe would be too.

Gwyn - I'd always assumed it was an american thing because there weren't snipe there but then last year I realised that you guys have snipe too. It makes no sense to me.